In 2010, the Town of Natick was officially designated as a Green Community Opens a New Window.  by the Massachusetts Department of Energy Resources (DOER). To be designated, the Town adopted five required criteria, including the Stretch Energy Code and the development of an Energy Reduction Plan for reducing energy consumption by 20% below a 2008 baseline.

Established under the MA Green Communities Act of 2008, the Green Communities Program provides funding to help municipalities pursue energy efficiency measures. Since receiving the designation, the Town has received more than $1M in grants and incentives from DOER and state utilities. These grants support energy reduction projects that have been estimated to save the Town of Natick more than $300,000 annually.

In 2018, Natick was awarded $245,000 from Green Communities to complete energy efficiency projects at the Morse Institute Library, Police and Fire, Department of Public Works and Eliot School. Projects include LED retrofits, the installation of variable frequency drives and the replacement of inefficient temperature and humidity controls in the library's archive room. In total, the projects are expected to save the Town approximately $40,000 each year in energy costs.

In 2017, Natick received approximately $150,000 from Green Communities and expended an additional $207,000 in capital funds to complete 12 energy efficiency projects that are expected to save the Town $60,000 annually. These projects include LED conversions across Natick Public Schools, the installation of occupancy sensors at the Morse Institute Library, the hybrid upfit of a new water service truck, and the installation of a new electric car charging station at the Community Senior Center.

In 2016, Natick received a $250,000 grant from the competitive program and furthered its efficiency efforts by converting to LED exterior lighting at elementary schools and the Public Safety building, retro-commissioning Town Hall and the Community Senior Center, installing energy optimizers on walk-in coolers, adding electric vehicles to the municipal fleet and starting a Pay for Performance energy conservation program at Lilja Elementary and Town Hall. 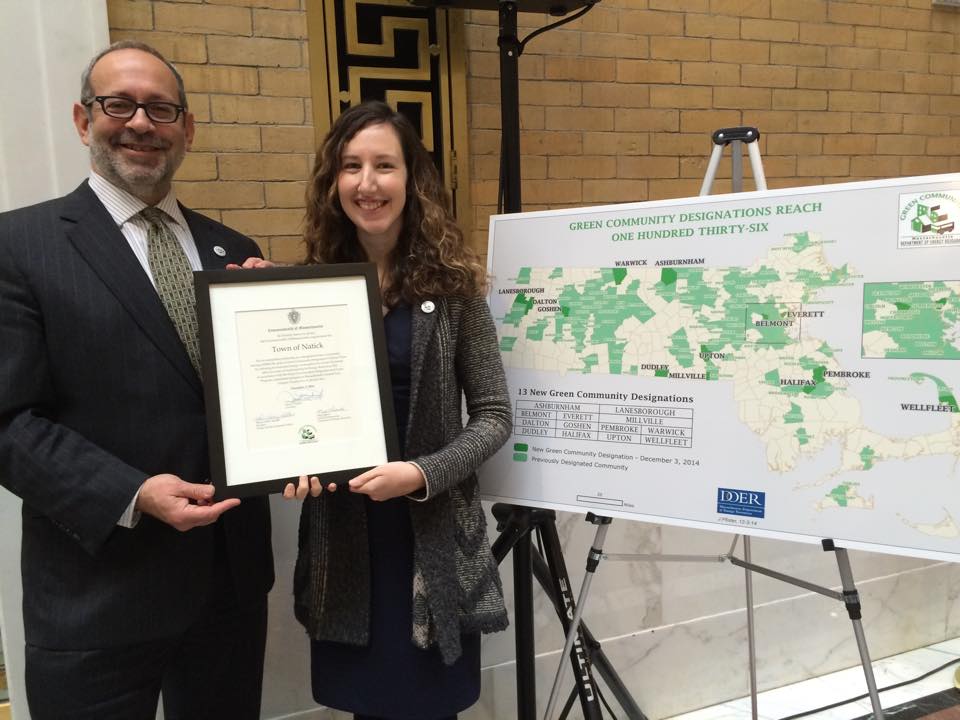 Natick is one of only seven Massachusetts’ cities and town to achieve the Green Communities 20% energy reduction goal. Moving forward, the Town is working to develop a new Energy Reduction Plan. 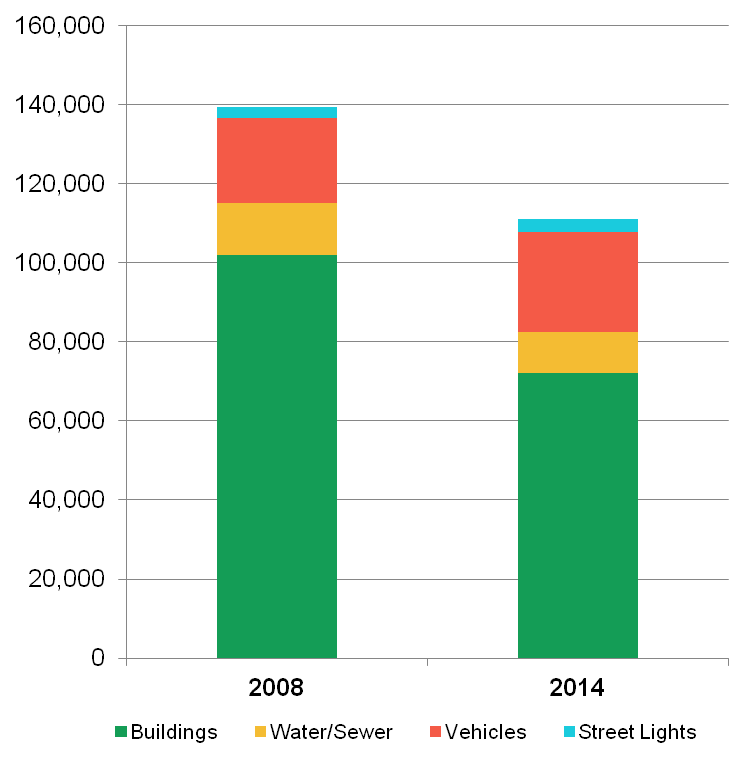