Pay As You Throw Strategy

The Town of Natick utilizes a Pay-As-You-Throw (PAYT) program to reduce waste and disposal fees. As part of this program, all household trash in Natick must be disposed of in special, Town-supplied blue trash bags available for purchase at select vendors throughout town. Trash must be set out in the specially purchased bags or it will not be collected.

This strategy has had a profound impact on Natick's total waste figures. Municipal solid waste has decreased 38% since the program began—from 9,800 tons in Fiscal Year 2003 (the year before PAYT) to 6,106 tons in FY 2015 (which ended on June 30, 2015). The Town's recycling rate has also increased dramatically, from 23% in the year before PAYT began to 37% in the most recent year. .

These data points offer meaningful financial and environmental benefits. The Town has now saved an estimated $3.5 million in disposal fees since launching PAYT and, according to the U.S. EPA's Waste Reduction Model (WARM), the amount of garbage Natick has diverted from the waste stream has reduced greenhouse gases by an amount equivalent to the emissions of 14,000 cars. 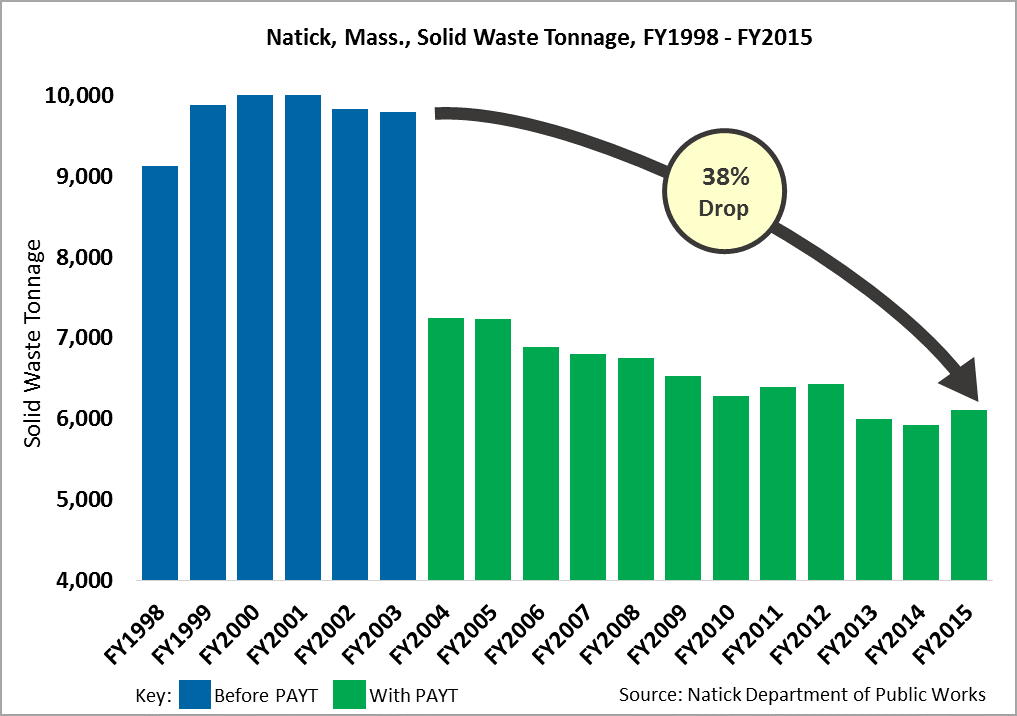