Urban areas are commonly known for being warmer than their rural counterparts, due to a phenomenon called the “heat island effect.” Heat islands are caused when an abundance of buildings and pavement result in conditions that cause land surface temperatures to exceed air temperatures.

An analysis using satellite imagery from August 30, 2010 (a day when the high at Logan Airport was recorded at above 90 degrees) found significant variation in land surface temperatures across Natick, where more than 25% of the Town is considered impervious surface. Areas including the complex along Route 9 and Natick Center, where large black roofs and parking lots abound, were found to have surface temperatures reaching near 130 degrees Fahrenheit —"hot enough to fry an egg".

The most effective heat island mitigation plans focus on planting trees and vegetation in strategic locations to shade pavement and buildings and reduce runoff. With support from an MVP grant, Natick researched heat islands and developed a tree planting plan focused on mitigating the impacts of heat islands.

Maps of high heat island corridors and the final report can be accessed below: 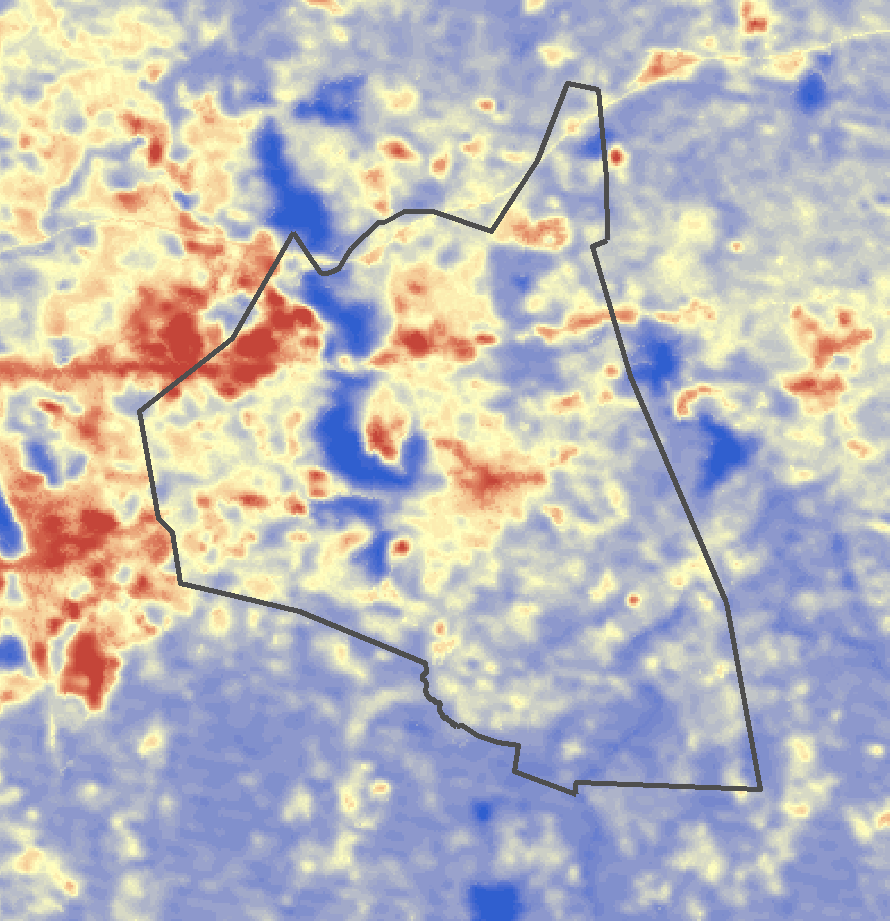